Since the NFL’s inception, the Chicago Bears have been a vital part of the league’s fabric. One of the classic football franchises (one of the two original NFL teams still in existence), the Bears are known for their punishing brand of black and blue football. Referred to as “The Monsters of the Midway”, the Bears have been one of the elite franchises in the history of the NFL. The team has had some of the greatest players in football history wear the Dark Navy, Orange and White. When you think of great Chicago Bears, you generally think of defense, especially punishing linebackers. Dick Butkus, Mike Singletary, Brian Urlacher are all considered some of the best linebackers in NFL history.

While many consider the best players to play for the Bears to be defenders, one of the greatest offensive weapons played for the Bears. The running back position for the Bears is one of the most prestigious in the entire NFL. That’s what happens when you have players like Walter Payton, Gale Sayers, and Red Grange. So whether you like backs, centers, QBs, or receivers, there’s a great Bears player at that position, to be sure.

The Bears have won nine championships in its illustrious history, which includes one Super Bowl berth. From that special 1985 team, you’ll find many of the defensive stars on this list. They are considered one of the greatest defenses of all time, so you would expect them to be considered some of the best Bears players ever. 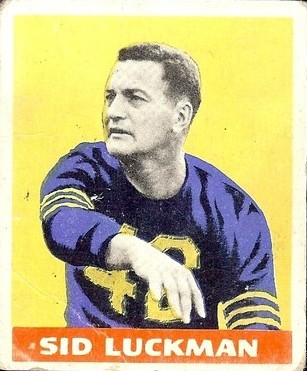 During his 12 seasons with the Chicago Bears, Luckman led the Bears to four NFL Championships. The man is the only Chicago Bear quarterback in the Hall of Fame, making him the greatest quarterback in Bears history.  Not only was Luckman the first modern T-Formation quarterback, but he also was regarded as the best deep passer of his time.  Luckman’s best season as a Chicago Bear came in 1943 when he threw for 28 touchdowns and just 12 interceptions. He also had a quarterback rating of 107.5 that year; all were career highs. It’s evident that the Bears have not had a solid winning quarterback since Luckman, with some exceptions, including Jim McMahon. 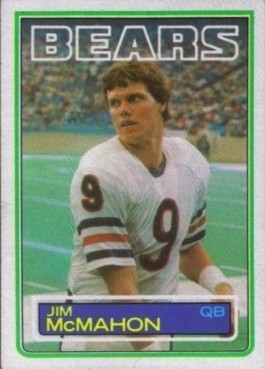 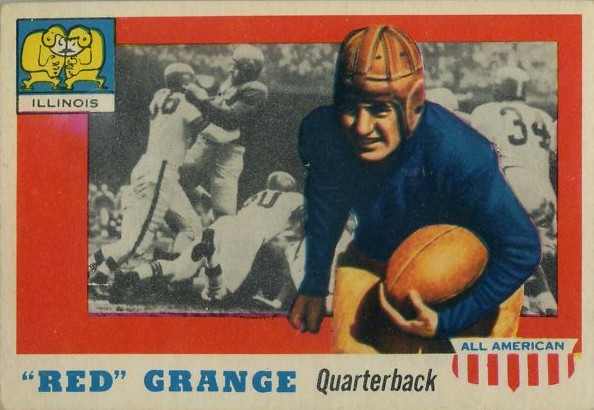 The Galloping Ghost not only played halfback for the Bears, but helped legitimize the NFL. He also had a short stint in baseball with the New York Yankees.
After playing college football at Illinois, Grange is considered the greatest college football player of all-time. Grange brought in fans on a tour to play teams on the road, like an exhibit.

Fans loved Grange and wanted to see him play, this would lead to the interest from the NFL. Grange won back to back NFL Championships with the Bears in 1932-33, and was a key player on both those teams. 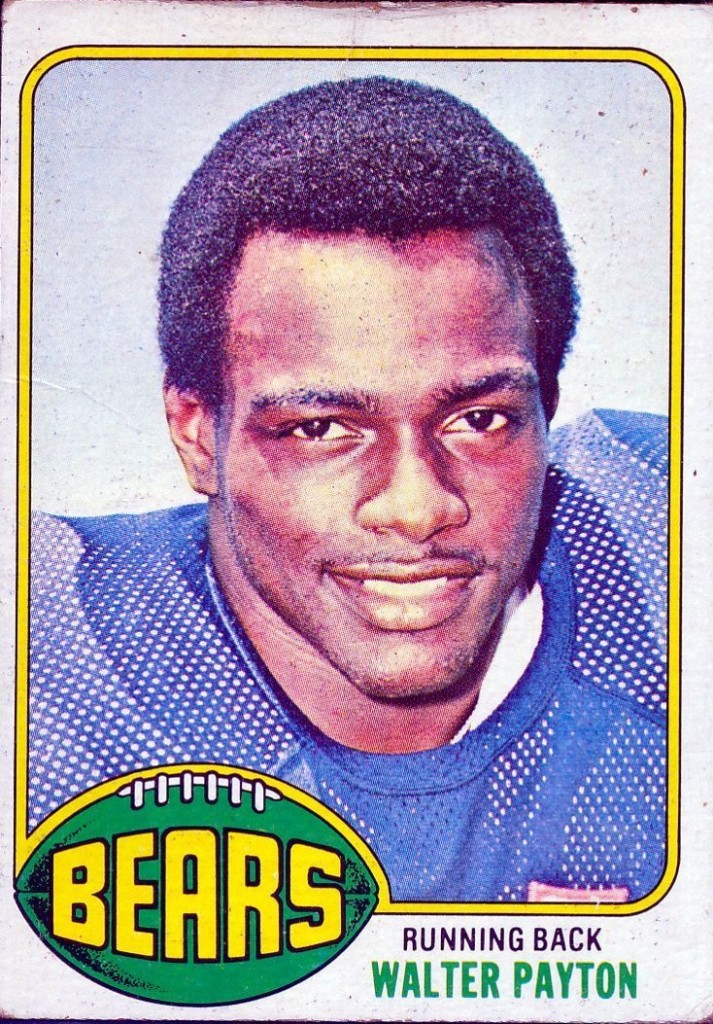 The late great Walter Payton, also known as “Sweetness”, is undoubtedly the greatest Chicago Bear of all-time.  Payton, in my opinion, is the greatest running back in NFL history. He tore up defenses like it was easy; juking defenders and making them miss was his specialty. He could also run over you, if he had to.  Payton was drafted in 1975, as the fourth overall pick. Although he didn’t have a successful rookie season, he broke out in 1976 when he was selected as MVP of the Pro-Bowl.  On November 20, 1977 Payton broke the single game rushing record against the Minnesota Vikings when he rushed for 275 yards. This record would later be broken. Payton also held the all-time rushing record, before Emmitt Smith broke it a couple of decades later.  The way Payton ran was incredible. He was just a pure offensive force, that struck fear into defenders’ eyes. Payton helped lead the Bears to a Super Bowl win in 1985, although sadly enough, he did not score in the game.  Payton passed away on November 1, 1999. His legacy will always be remembered by the NFL and the Chicago Bears. 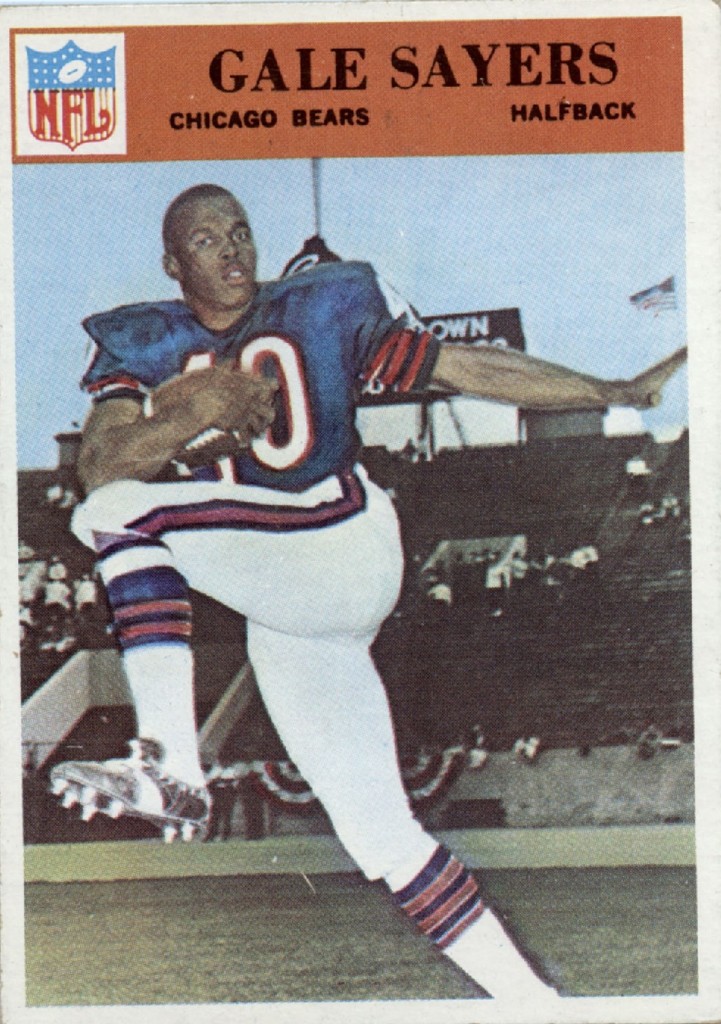 Also known as the “Kansas Comet,” Sayers had a very short but amazing NFL career. If it wasn’t for injuries that ended his playing career, Sayers would be higher on the list, as possibly the best Bear ever to play.  Sayers was a deadly half back, and when he got in the open field, he was gone. Sayers was drafted by the Bears in 1965 and scored a NFL record 22 touchdowns that season. Sayers had an immediate impact on the game not only rushing, but in the receiving and return game, too.  In his rookie year, he had 1,374 yards from scrimmage, and 3,917 all purpose yards. On December 12, 1965 Sayers scored six touchdowns, a record that still stands.  Sayers had a excellent career and was named to four Pro-Bowls. One can only imagine how his career would have turned out if he would have kept playing. 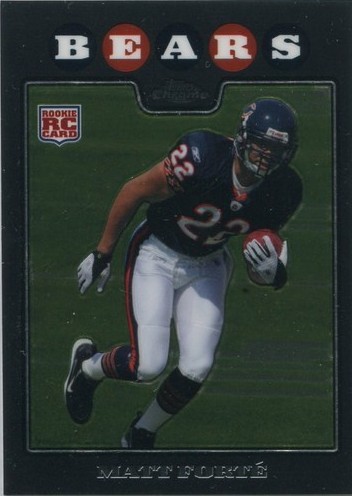 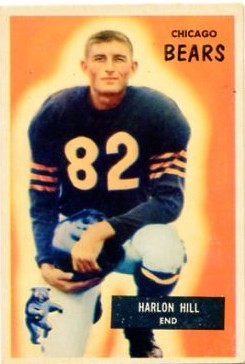 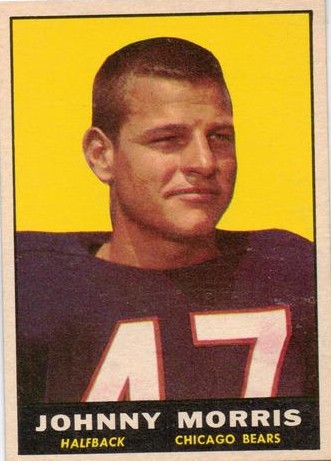 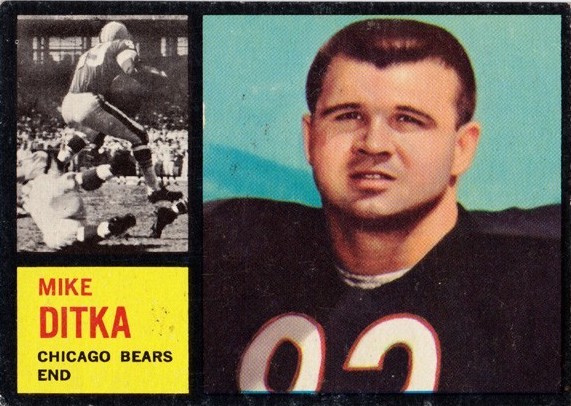 “Da Coach” is one of the greatest Bears of all-time not because of his playing career, but mainly because of his coaching.  He was a five time Pro-Bowl tight end, and one of the best in Bears history.  He is the only coach to lead the Bears to a Super Bowl win, with that amazing 1985 team. When Ditka was hired in 1982, he brought a toughness to the Bears that nobody had before. He worked the players hard, to ultimately achieve their goal in 1985.  Ditka was drafted fifth overall in 1961, and had an immediate impact. He caught 56 passes for the Bears that year, and helped establish the tight end position as more than just a blocking position. 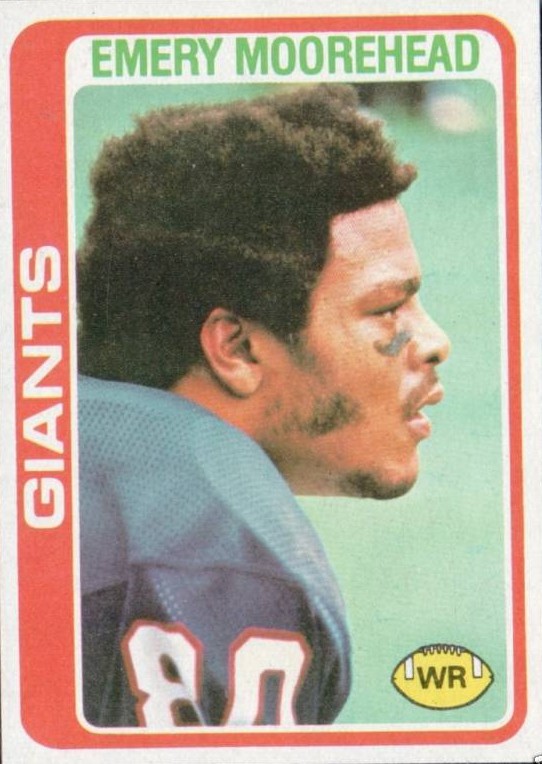 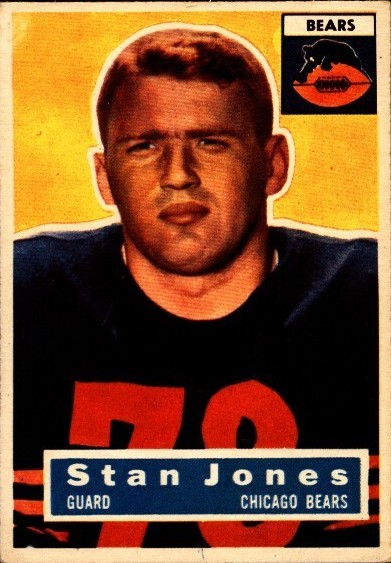 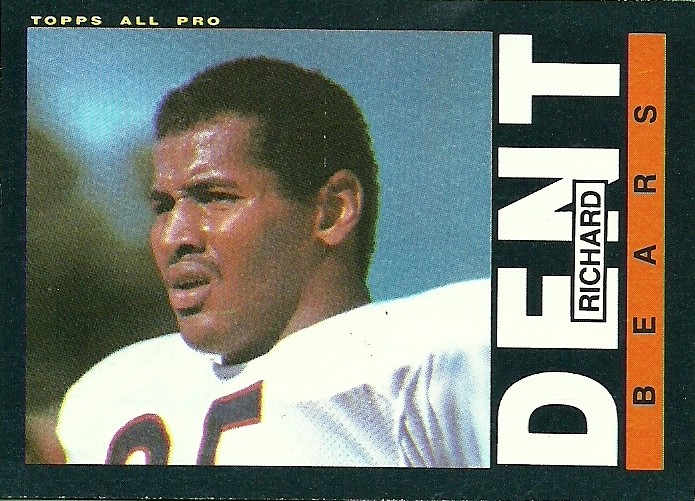 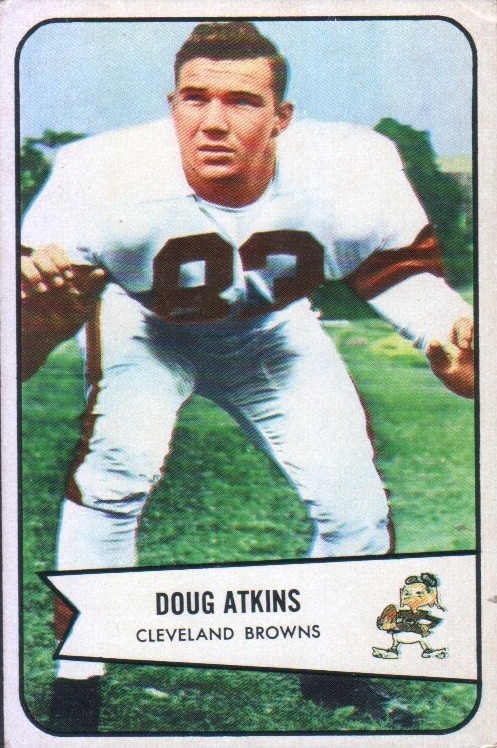 Atkins was one of the best defensive ends in NFL history. He revolutionized the position and made it an important part of the defense.  Atkins had incredible size for his position during his playing years. At 6′8″, he forced quarterbacks to alter their throws over or around him, as he would bat a lot of them away.  Atkins became a Pro-Bowl starter in eight of his last nine years as a Bear, before being traded to the Saints. Atkins has paved the way for a rich amount of dominant defensive ends in the NFL. 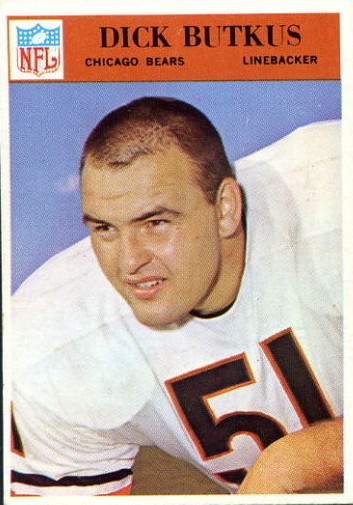 Butkus is considered the best linebacker of his generation, and one of the best of all-time.  The Bears drafted Butkus in 1965, and he lead the team in tackles, interceptions, forced fumbles, and fumble recoveries that season.  Butkus had a tenacious attitude for the game, and took it out on opposing players. Being a big middle linebacker, he struck fear in the offenses and showed no mercy on anyone.  He was selected to eight Pro-Bowls in his career. He was named the 70th Greatest Athlete of the 20th century, as well as the ninth best player in NFL history by The Sporting News.  Butkus’ relationship with Halas caused him to retire early, because of a dispute that occurred when Butkus played on a torn knee when he shouldn’t have. Still, Butkus is considered one of the best ever to play the game. 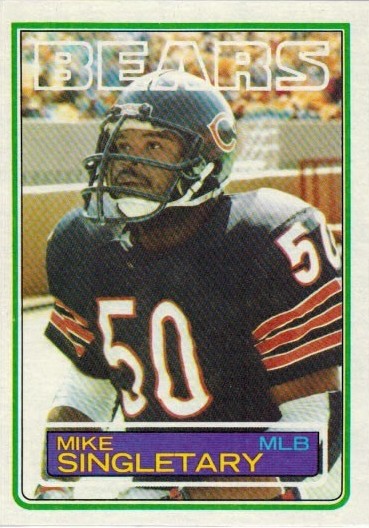 Singletary led one of the greatest defenses in NFL history.  Dubbed “Samurai” Mike for his focus and intensity, Singletary was a force for opposing offenses week in and week out.  The Bears drafted Singletary in the second round of the 1981 draft, and he started in the seventh game of the season. He went on to start in 172 games in his 12 year career, all with the Bears.  Leading the Bears in the remarkable 1985 season, Singletary finished with 109 tackles, three sacks, and an interception. He won the NFL Defensive Player of the Year award that season, with a Bears team that finished number one overall in defense. Singletary was also a 10 time Pro-Bowl player. 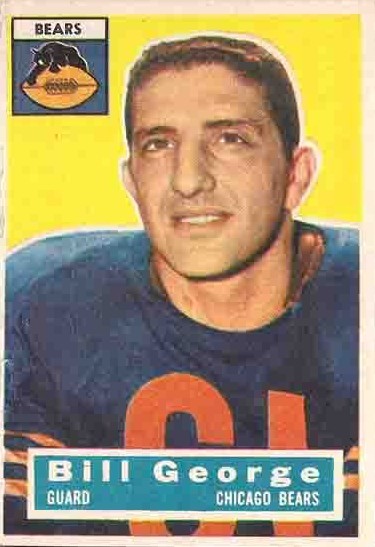 George was a fierce linebacker for the Bears in the 1950’s. He was inducted into the Hall of Fame in 1974. George is considered one of the first true middle linebackers in the game.  He also “accidentally” created the 4-3 defense, by his tendency to hit the center. He then dropped back, creating a four man front.  George was elected to eight straight Pro-Bowls from 1955 to 1962. George led a fierce 1963 Bears defense that won the NFL Championship, and is considered by a lot to be the “meanest football player.” 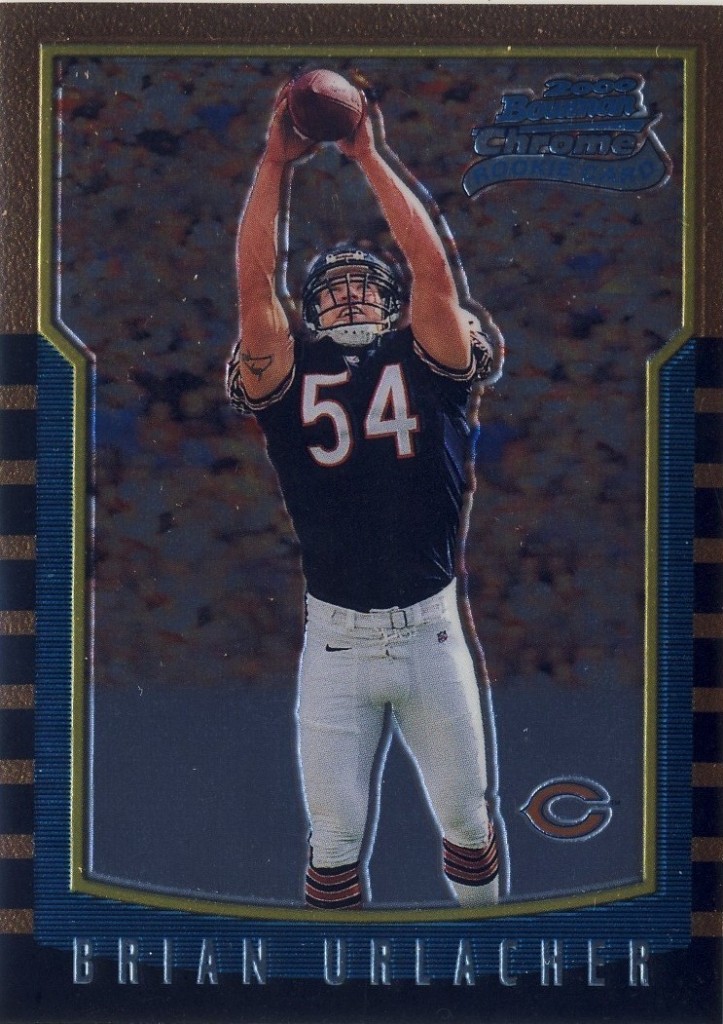 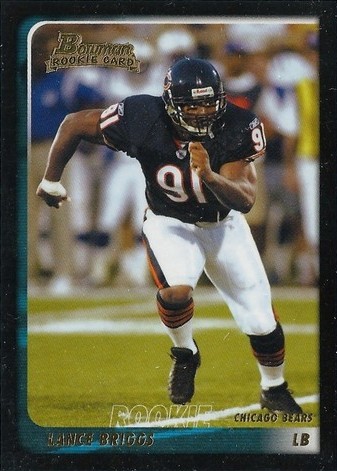 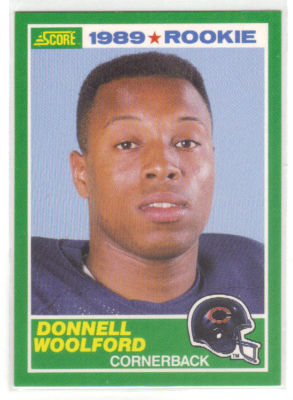 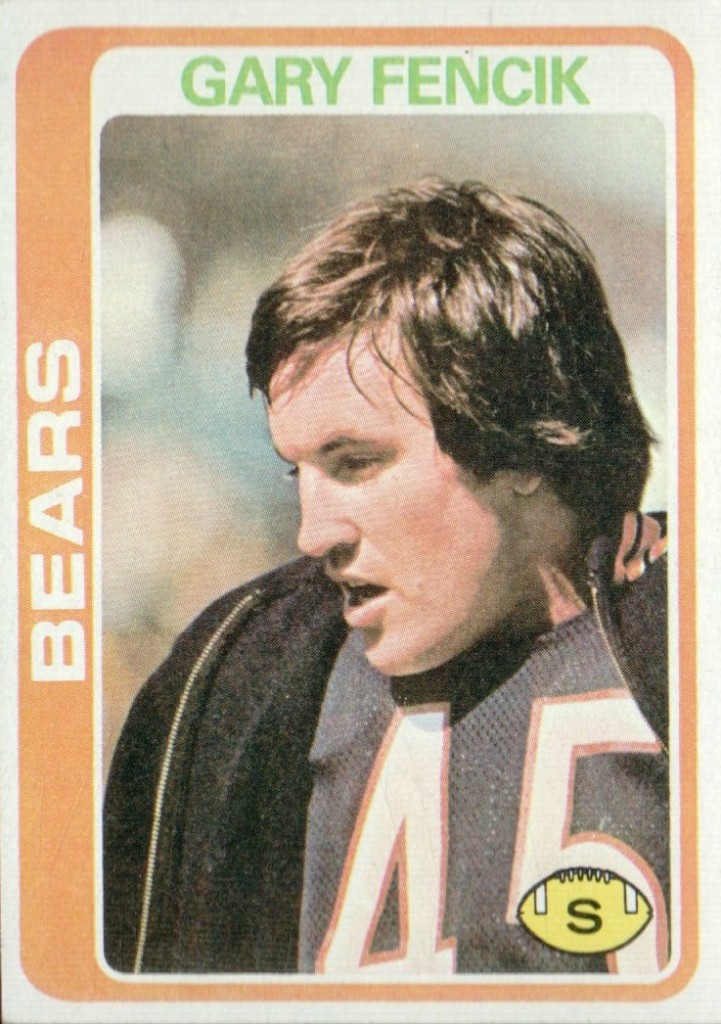 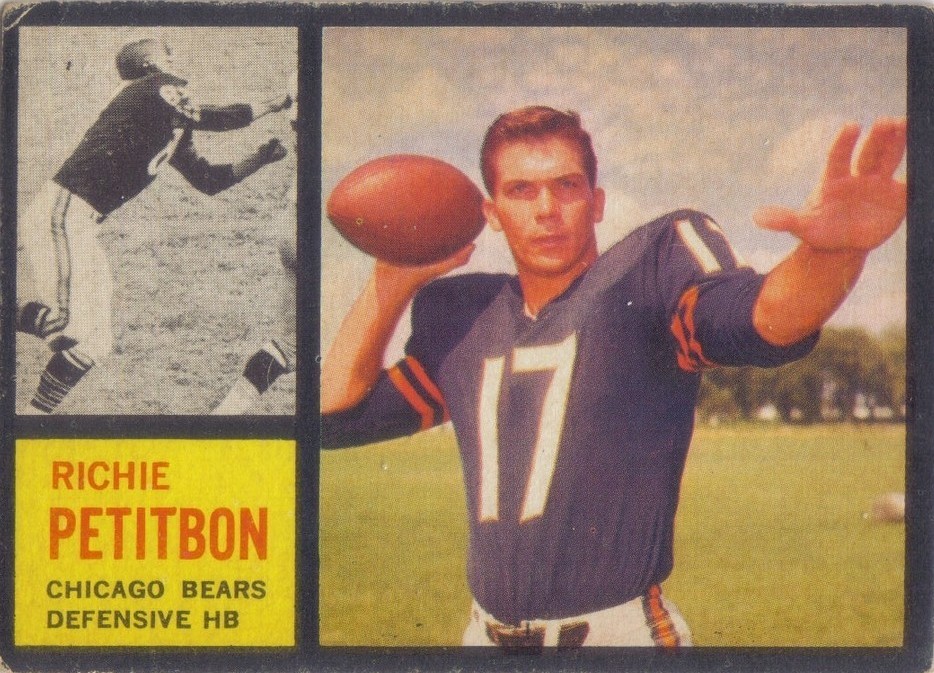 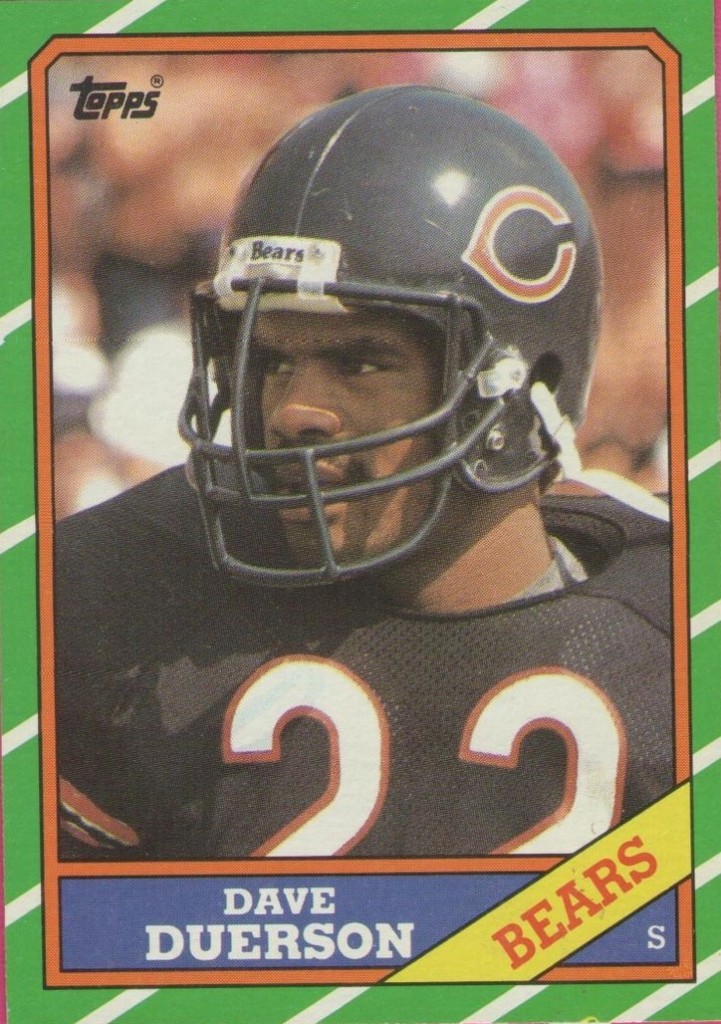 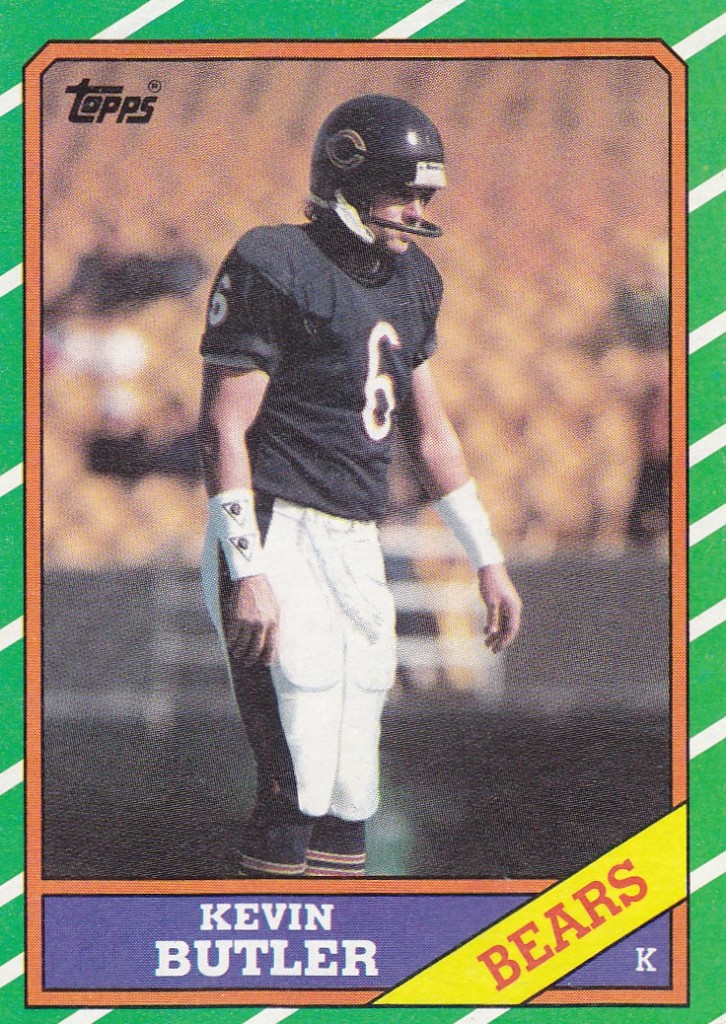 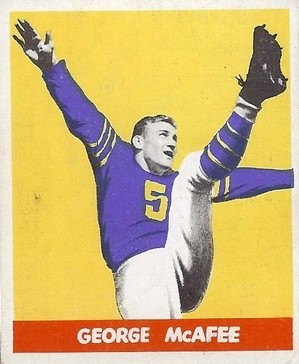 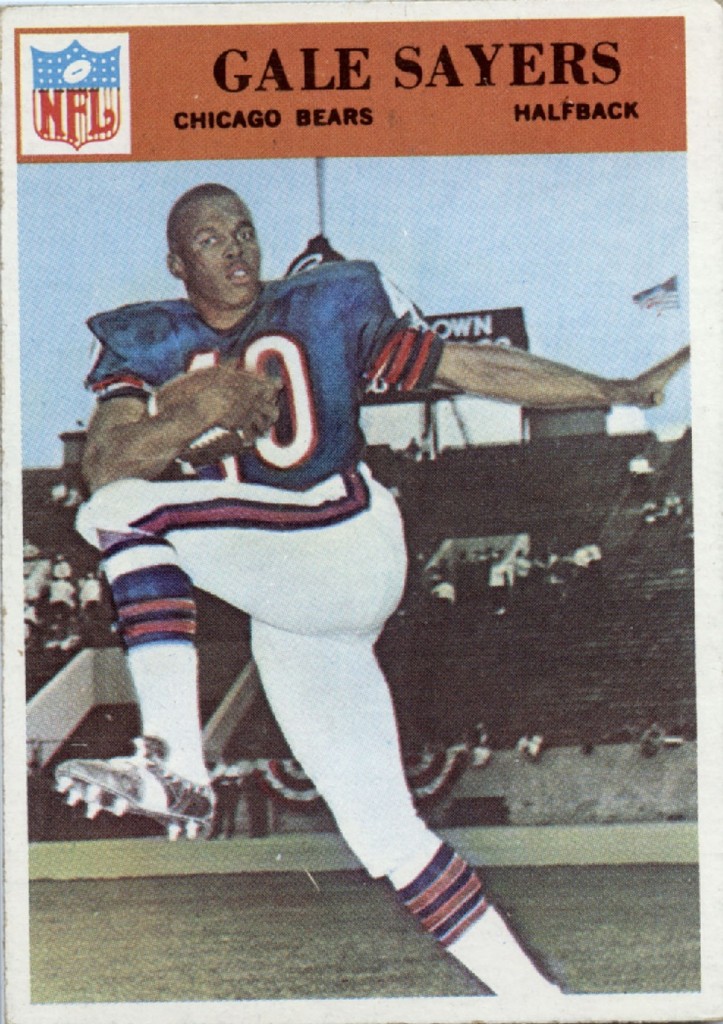 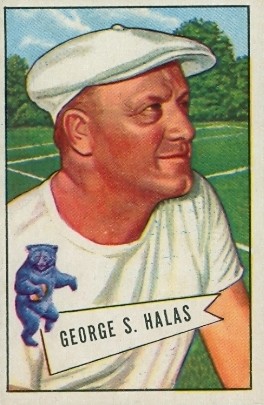 George Halas did everything for the Chicago Bears as a player and a coach.  Halas brought a football team to Decatur in 1920 and called them the Staleys. Halas not only played, but he coached, did ticket sales and ran the business of the team.  Halas had a shining moment when he striped Jim Thrope and returned the ball 98 yards for a touchdown, a record that would stand until 1972. Halas also signed Red Grange to the Bears, giving the league more popularity.  Halas is considered a man who made the NFL exist and succeed. Halas also created a version of the T-Formation.  Halas career is marked by with 63 years of ownership, 40 as a coach, 324 wins, eight NFL Championships, and being a member of the NFL Hall of Fame.

©MMXIX My All Time Favorites, all pictures and logos, team names are property of the National Football League. This site is not affiliated with the NFL or Chicago Bears.  All Football Cards are low resolution scans from a personal collection and each is credited with the production company name and year.  This site is maintained for research purposes only.