Formed in 1976, the Buccaneers had some really, really bad teams in their early years. Despite a few playoff trips in the late ’70s and early ’80s, the Bucs were tough to watch. During that time, they did have one of the best defensive ends in NFL history in Lee Roy Selmon. The same goes for legendary quarterback Doug Williams. Unfortunately for the Buccaneers, Williams left the team for the USFL in a contract dispute. It took them years to recover. In the mid-’90s, the Buccaneers finally started to turn things around when they started to acquire the players that would make up the foundation of contending teams to come. Many of these players are considered the best in team history. Some, like lineman Warren Sapp, are some of top at their respective position. Sapp in particular is one of the best defensive tackles of all time.

Derrick Brooks, Ronde Barber and John Lynch were all parts of strong defensive teams that were perennial playoff contenders. On offense, fullback Mike Alstott was one of the team’s most popular players because of his hard-nosed running. Finally after the 2003 season, the Bucs captured their first Super Bowl title behind the efforts of some of the best players in team history one of the best defenses of all time.

The Tampa Bay Buccaneers have gone from early obscurity to NFL Champions. In recent years, their defense has been the envy of the NFL. 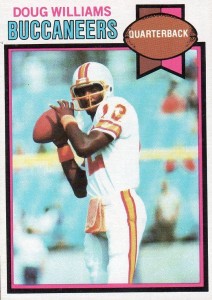 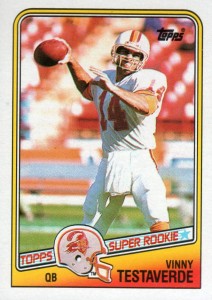 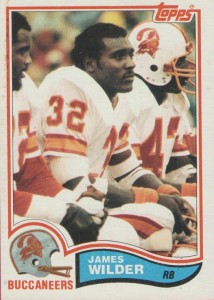 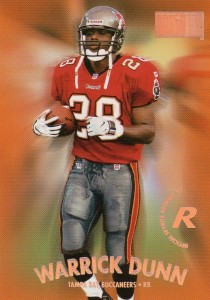 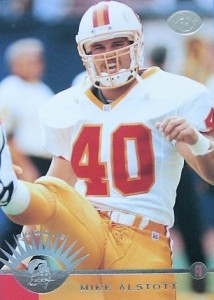 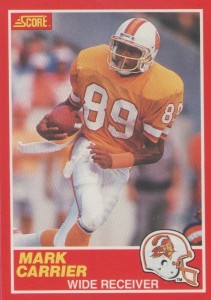 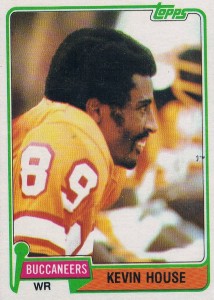 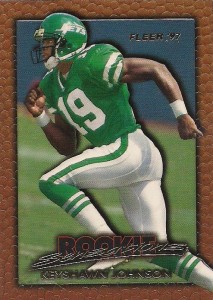 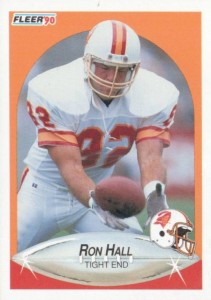 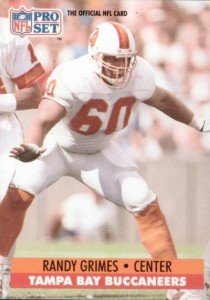 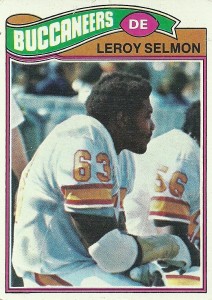 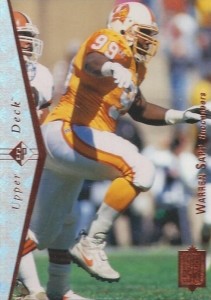 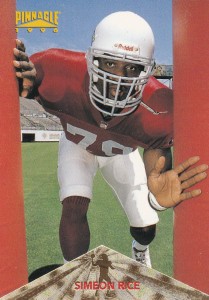 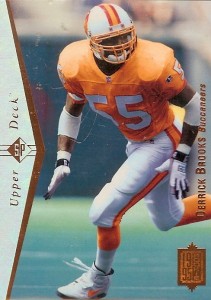 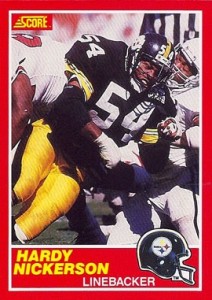 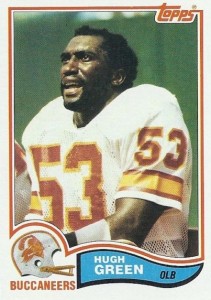 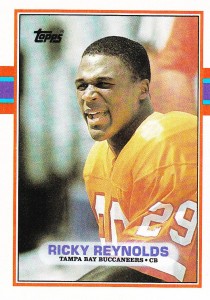 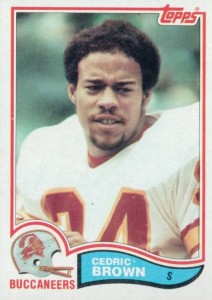 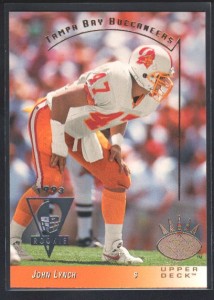 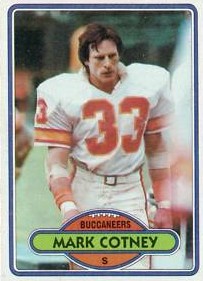 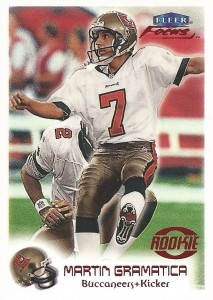 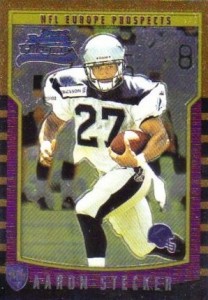 The Tampa Bay Buccaneers had humble beginnings. In the 1990’s, the Buccaneers became a perennial playoff team. When Jon Gruden came to town, he added a great offense to the great defense Tony Dungy had built. The result was a Tampa Buccaneers Super Bowl victory.

©MMXIX My All Time Favorites, all pictures and logos, team names are property of the National Football League. This site is not affiliated with the NFL or Tampa Bay Buccaneers.  All Football Cards are low resolution scans from a personal collection and each is credited with the production company name and year.  This site is maintained for research purposes only.