Formed in 2002 in the aftermath of the Houston Oilers leaving for Tennessee, the Texans are the newest NFL franchise. The team had some lean years during its early years, but that doesn’t mean Houston has been devoid of great players. One of the best draft picks the Texans made was when they selected wide receiver Andre Johnson with the third overall pick in 2003. Johnson is the team’s leader in almost every receiving category the Texans have and was for many years considered the most underrated receiver in football. Now that Johnson has finally gotten his due, he is considered not only a top wide receiver, but one of the greatest Houston Texans of all time.

In recent years, the Texans have had success drafting great players. Their defense has been shored up with the addition of players like 2012 Defensive Player of the Year J.J. Watt and Brian Cushing. Additionally, the Texans have had success drafting offensive linemen with left tackle Duane Brown considered one of the top linemen in the league. After struggling for much of its existence, recent Texans teams have had some of the best players in team history. In addition to the great players listed above, Arian Foster is considered to be a dominant running back and easily one of the greatest Texans of all time. The same goes for quarterback Matt Schaub, who the Texans took a chance on in 2007 and were rewarded with the best quarterback in their brief history. 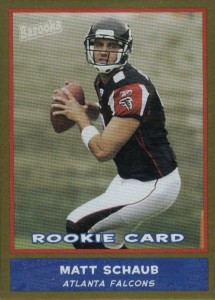 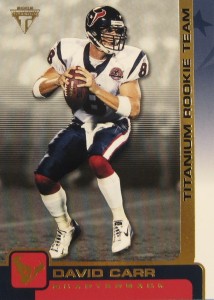 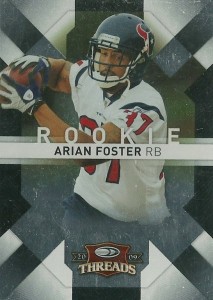 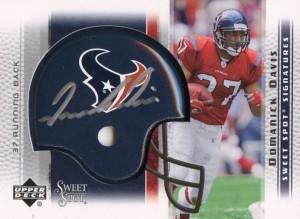 While he will likely lose his place in Texans history to Steve Slaton, Domanick (Davis) Williams was the first “real” running back the Texans had. Back-to-back 1000 yard season had him on the verge of being a star before an injury-plagued 2005 wound up being the last season he played in the NFL. 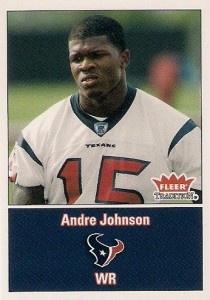 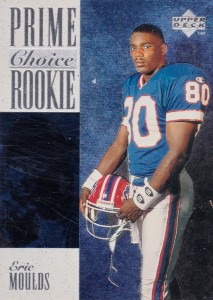 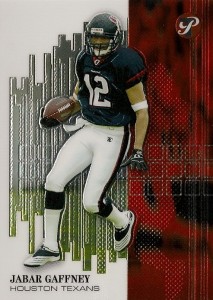 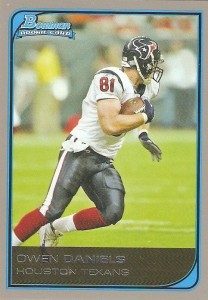 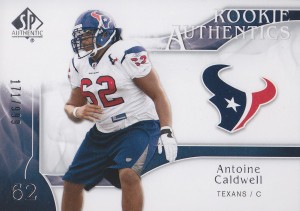 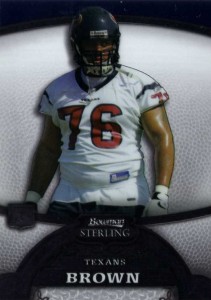 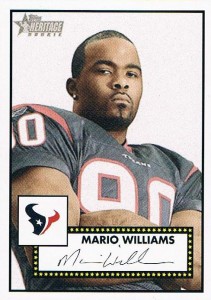 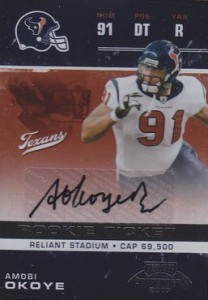 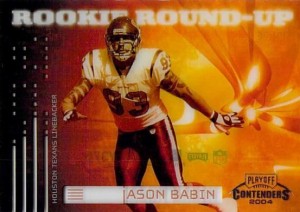 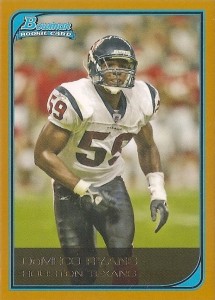 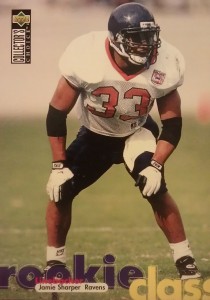 His 436 tackles in three seasons remain the franchise record. 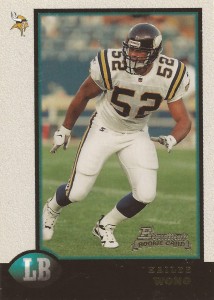 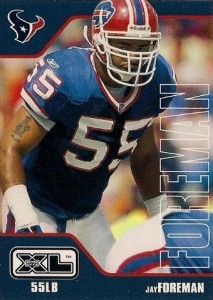 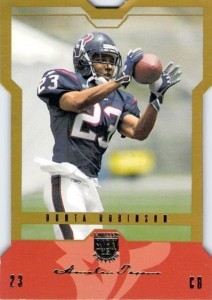 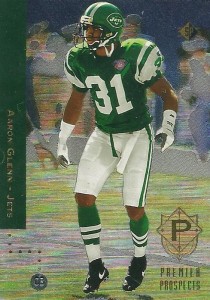 A Houston native and an original Texan from the expansion draft, Glenn was the first defensive star the team had. In three seasons he amassed eleven interceptions, two touchdowns, 165 tackles, and 33 passes defended. 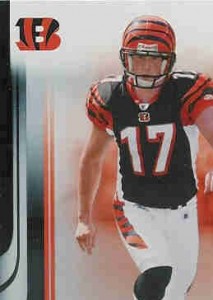 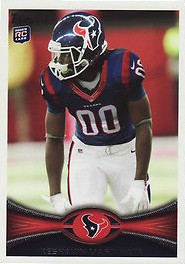 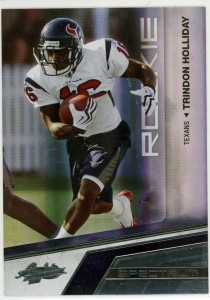 ©MMXIX My All Time Favorites, all pictures and logos, team names are property of the National Football League. This site is not affiliated with the NFL or Houston Texans.  All Football Cards are low resolution scans from a personal collection and each is credited with the production company name and year.  This site is maintained for research purposes only.