For many years, the New Orleans Saints were the laughingstock of the NFL. Their fans wore invented wearing paper bags over their faces at games to conceal their identity because those teams were so bad. One of the only players worth watching in those bad old days was Archie Manning. Superstar quarterback, Manning spent most of his days in New Orleans running for his life behind porous offensive lines and had little talent at the skill positions. It took the Saints nearly 20 years to make the playoffs. Behind the intimidating Dome Patrol linebacking crew, which featured some of the best linebackers of all time, the Saints went to the playoffs four times in six seasons.

It took until Drew Brees arrived in 2006 for the Saints franchise to finally hit their stride. Behind one of the best quarterbacks in the NFL, the Saints reached the NFC Championship Game that year. The team’s fortunes improved as they slowly added the greatest players in Saints history. Finally, in 2009, one of the best Saints teams ever captured something that many thought wasn’t possible: a Super Bowl title. Behind Brees, wide receiver Marques Colston and a high-flying offense, the Saints defeated the Indianapolis Colts in Super Bowl XLIV. The Saints offense is one of the best in the NFL and should perform well for the foreseeable future. 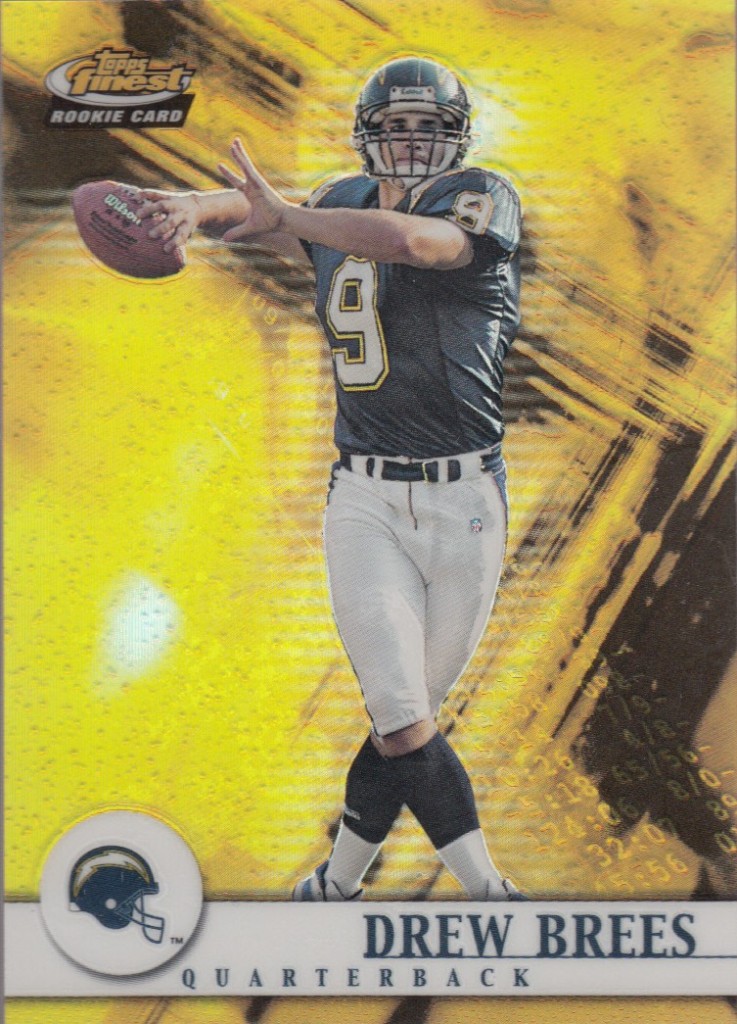 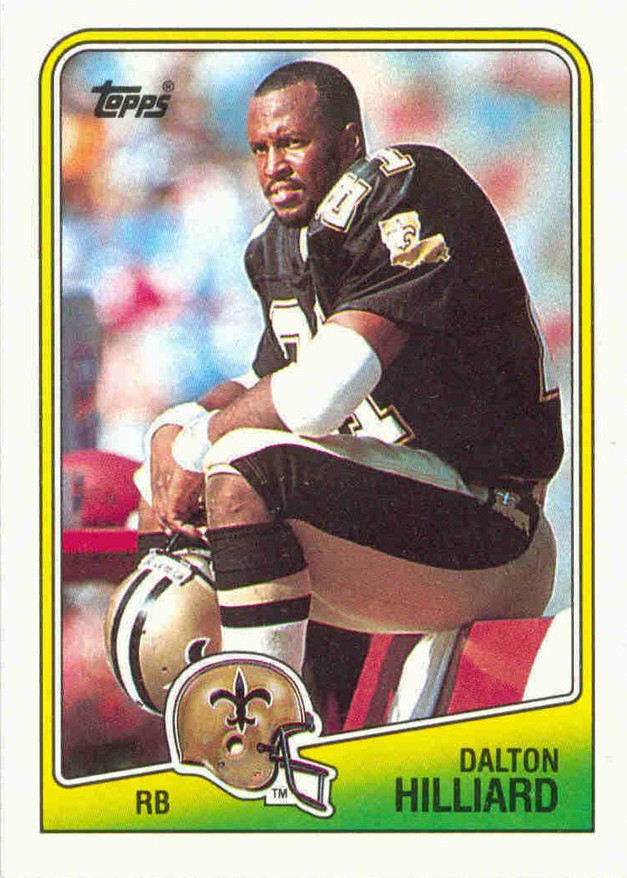 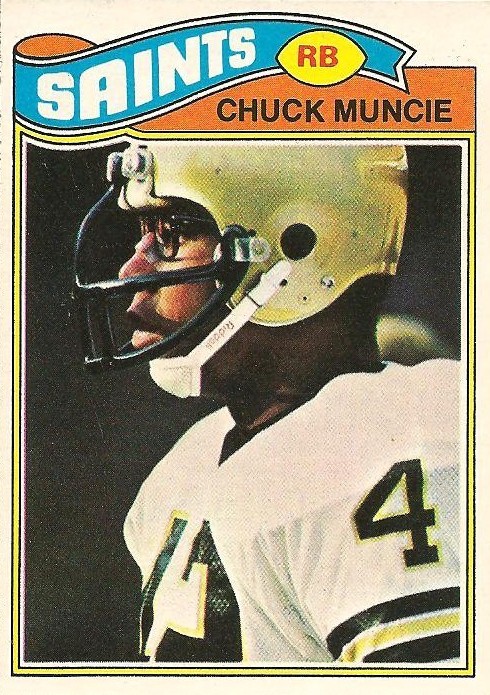 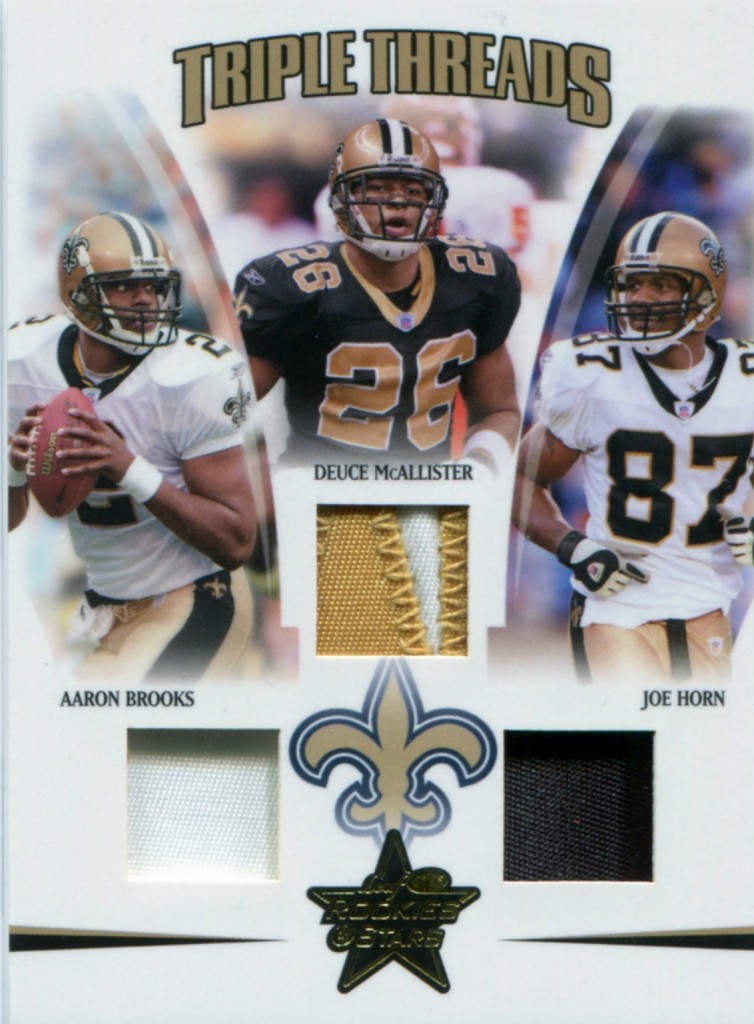 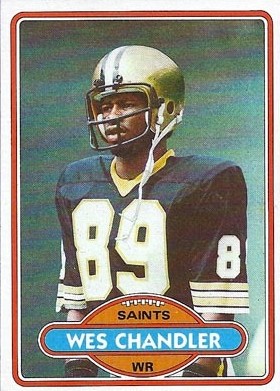 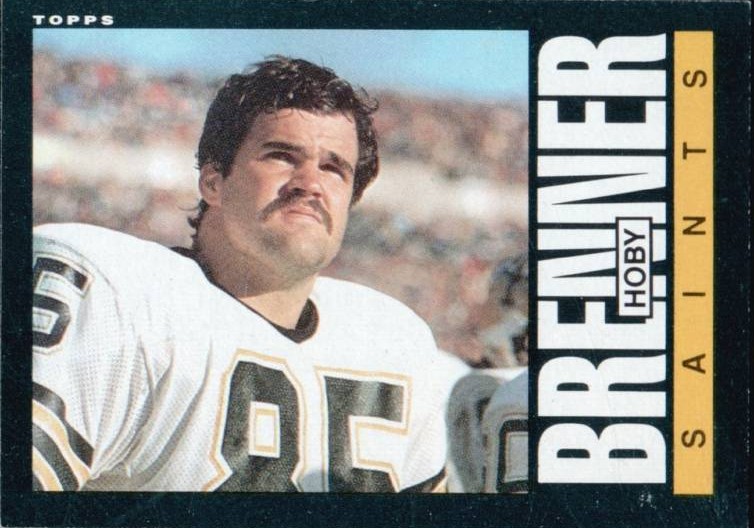 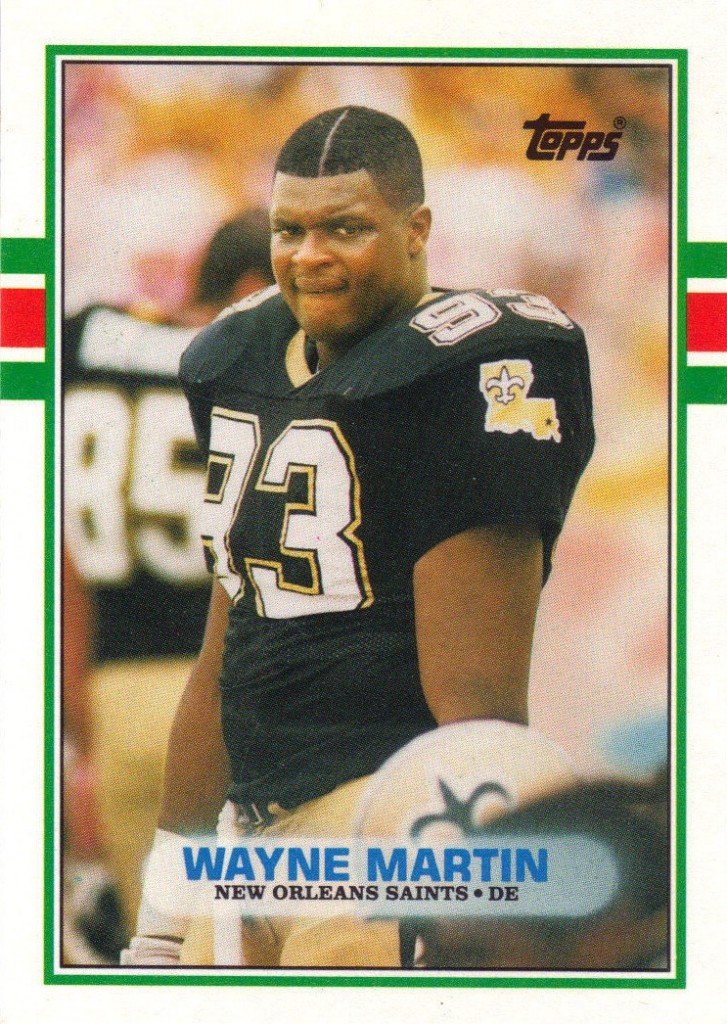 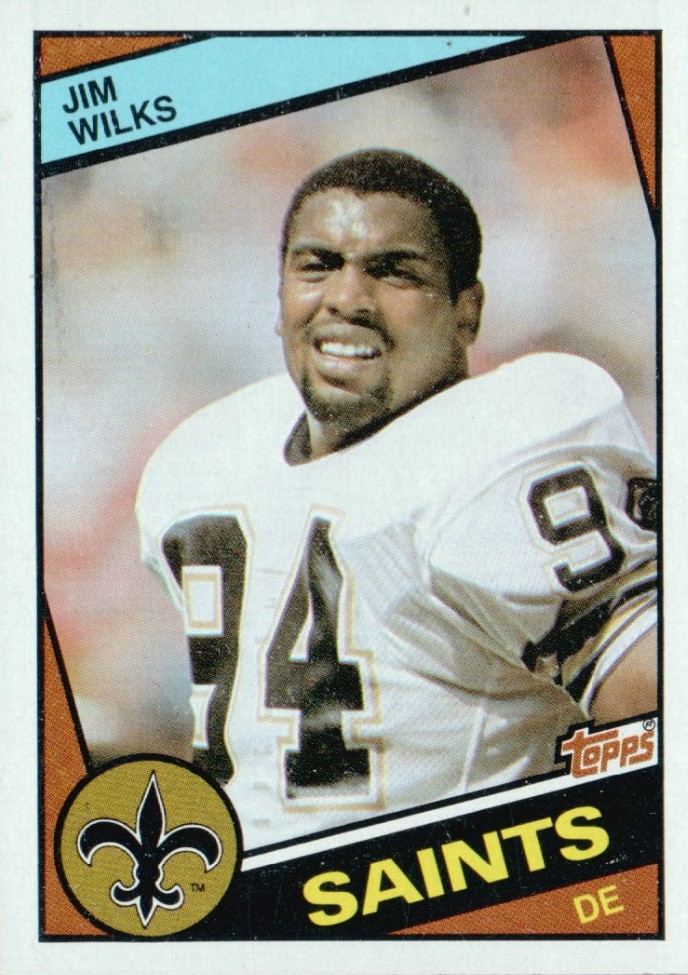 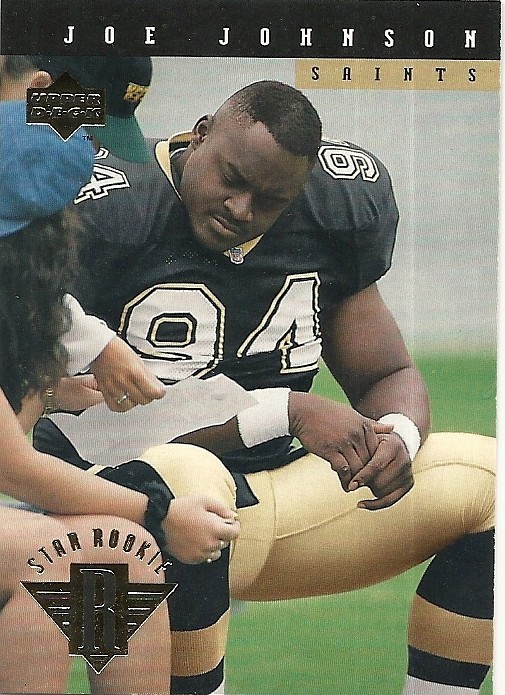 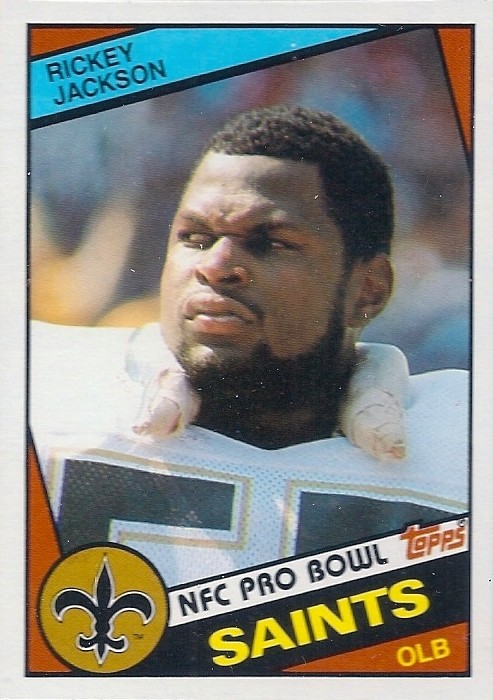 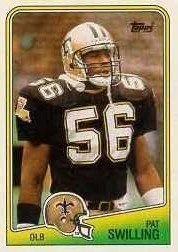 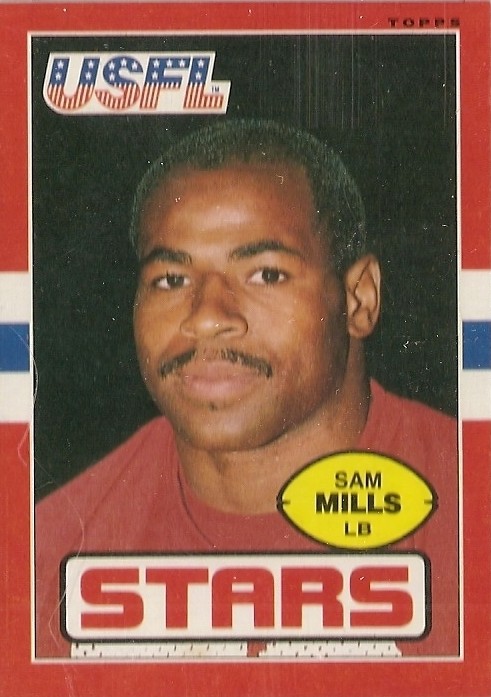 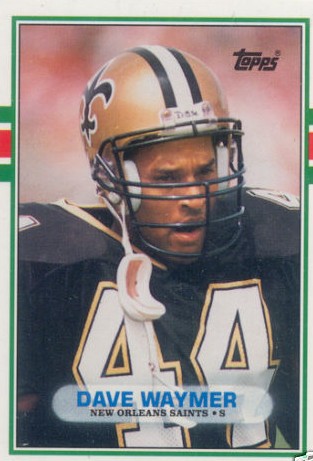 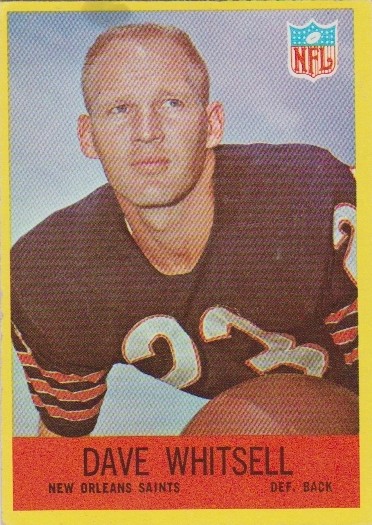 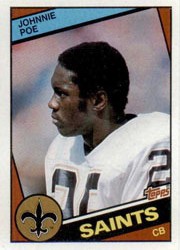 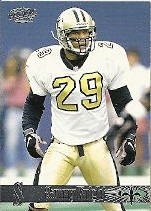 Quietly, Roman Harper has become one of the true unsung heroes for this Saints team. Already this season, Harper leads the Saints with 6.5 sacks and 73 tackles, coming from the strong safety position.

Harper has grown into one of the best safeties in the league against the run and has become a threat to blitz on every play. Defensive Coordinator Gregg Williams has moved Harper around on many different blitz packages and has thrived, finding the ball carrier more than any other player on his team.

After getting burned by tightend John Carlson twice last year in the Saints’ infamous playoff upset to the 7-9 Seahawks, Harper has come back even hungrier this year, and his play has not gone unnoticed. The Saints have to be pleased with the investment they made in the offseason in re-signing Harper.

Marques Colston, the former seventh-round pick out of Hofstra University, has been Drew Brees’ most consistent and reliable receiver since becoming a member of the Saints. Colston has been bit by the injury bug a few times throughout his short career thus far; but each time he is out of the lineup, it shows.

So far in each of the four seasons that Colston has played in at least 14 games, he has amassed at least 70 catches and 1,000 yards receiving. However, since Colston is such a quiet and humble man, his stats rarely ever get the credit and attention that they deserve.

One thing is for sure though, Brees and Head Coach Sean Payton love having this guy around, and we should see him play a huge role in the Saints’ offense for a long time to come.

It’s unusual that we see a player join a new team and make as big of an impact as Darren Sproles has had on this Saints offense. Sproles can truly do it all; he’s been asked to run the ball, catch it and return kicks and punts—and he has excelled in all areas.

Sproles leads the NFL in all-purpose yards this season with 1,748, and is second on the Saints (fifth in the NFL) with 62 catches already this season as a running back.

Sean Payton was left with a hole to fill after losing the dynamic Reggie Bush in the offseason. However, he wasted no time in signing Sproles, a move that Payton undoubtedly has not regretted for a second.

Rarely do we see a player play with such fire and tenacity than what we see from Vilma. Even in the four games he’s missed so far this season with a knee injury, Vilma can be seen on the sidelines in his visor yelling to his teammates and relaying any observations he has made throughout the game.

Vilma clearly believes that his captain duties are never over and is just as tuned in on the sidelines as he is in the middle of the defense on the field. It really is no mistake that he unanimously viewed as the Saints’ defensive leader; anyone who watches even a single Saints game can see that Vilma brings the entire defense together.

Not enough can be said of Jimmy Graham’s breakout 2011 season. Graham, who only played one season of football throughout his entire career at the University of Miami, leads all NFL tight ends in receptions (67) and receiving yards (957), and is second to only New England’s Rob Gronkowski in receiving TDs (eight) in only his second season in the NFL.

Graham has clearly become the top target of quarterback Drew Brees in his first full season as the team’s starting tight end. He’s been targeted by Brees a remarkable 102 times already this season and has drawn the most looks inside the red zone. Brees and Sean Payton have not been able to stop praising the job Graham has done. Payton even went to far as to say that he sees Graham as a future Hall of Famer.

Payton and the rest of the Saints organization truly got a steal when they selected Graham in the third round of the NFL Draft, a decision that will pay dividends for years to come.

Drew Brees and the Saints offense would not enjoy nearly as much success if it weren’t for the two big boys in the middle, guards Jahri Evans and Carl Nicks. The duo is a big reason why Brees is once again on pace to break Dan Marino’s single-season mark of 5,084 passing yards.

Both Evans and Nicks made the Pro Bowl in 2010, and Evans also received a selection in 2009. Evans, a fourth-round pick in 2006, and Nicks, a fifth-round selection in 2008, are clearly just beginning to tap into their potential, as they are still relatively young players in this league. It is no wonder why these two are often viewed as the best pair of guards in the entire NFL.

Payton and Brees know what these two mean to the success of the team, so expect to see these two in a Saints uniform for a long time and to continue to see Brees and the offense thrive.

Since coming to New Orleans in 2006, Drew Brees has given the city of New Orleans and Saints fans all over a reason to believe in this team once again. For a team with a history of quarterback instability, having started 28 QBs in their 39-year history prior to Brees’ arrival, he has been the team’s rock. Brees has become not only a perennial Pro Bowler and the leader of the offense but a true star in the NFL, an unquestioned member of the league’s elite.

So far in his tenure as Saints QB, Brees has led New Orleans to two NFC Championship games, one NFC Championship, and even the team’s first Super Bowl victory in its first-ever appearance. Brees is once again on pace to break Dan Marino’s single-season record of 5,084 passing yards, a feat that he came within 16 yards of doing in 2008.

Brees arguably means more to this team than any other player does to his team in the entire National Football League. As long as Brees is at the helm, the Saints will be a powerhouse in the NFL year in and year out. 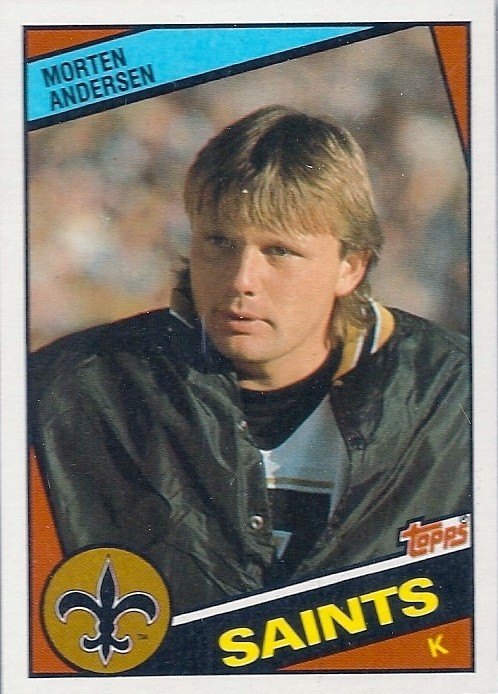 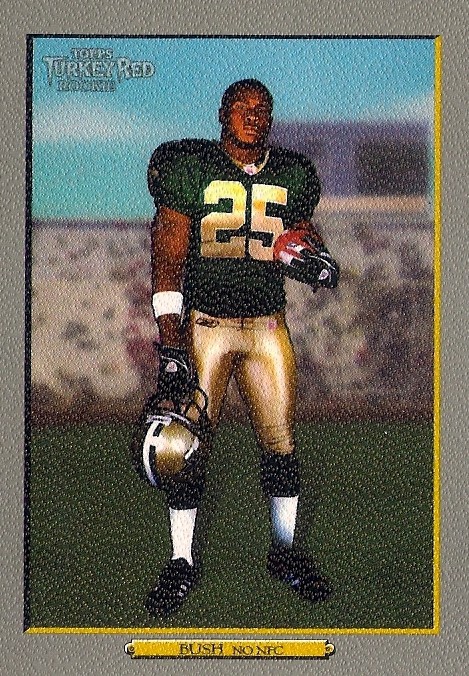 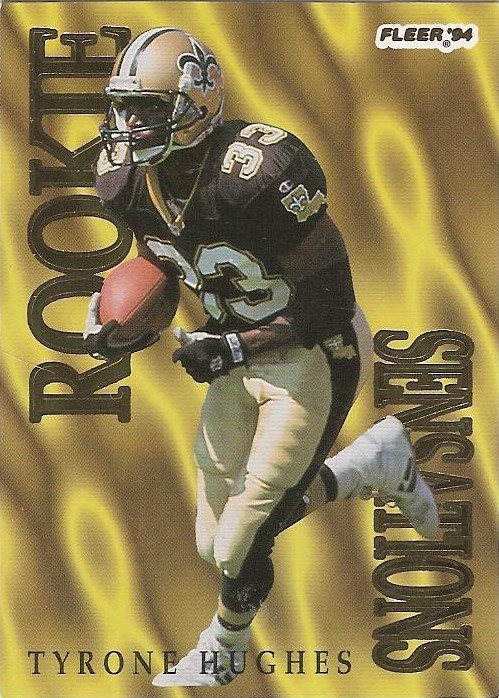 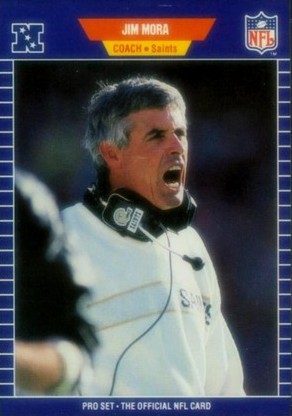 The New Orleans Saints were founded in 1967 and experienced 20 straight seasons without a winning record. During their next 21 seasons, they would make the playoffs eight times and now are a contender in the NFC. With Sean Payton as head coach, the Saints have won their first Super Bowl and have a future that looks bright.

After Hurricane Katrina, the city of New Orleans was in disarray. The New Orleans Saints helped bring the city together with an inspiring season in 2006, going all the way to the NFC Championship Game.

DEFENSVE ROOKIE OF THE YEAR

©MMXIX My All Time Favorites, all pictures and logos, team names are property of the National Football League. This site is not affiliated with the NFL or New Orleans Saints.  All Football Cards are low resolution scans from a personal collection and each is credited with the production company name and year.  This site is maintained for research purposes only.