This week the Kansas City Chiefs steal the spotlight from the Denver Broncos with another win keeping alive the undefeated season and holding on to the lead in the AFC West Division. The Chiefs defeated the Cleveland Browns 23-17 to keep the streak alive.

Dallas Cowboys took an opportunity to win the game on Sunday against the Detroit Lions and opened the door with just 45 seconds left.  Matthew Stafford moved the ball with ease and put the Lions into scoring position at the 1 yard line. A confused Cowboy Defense left the middle open and Stafford, rather than spike the ball to stop the clock, quick snapped the ball and dove headfirst over the middle scoring the winning Touchdown and narrowly beating the Dallas Cowboys 31-30. The Individual Effort Award goes to Calvin Johnson who caught 14 passes for a career high 329 Receiving Yards in a single game, just 7 yards short of Flipper Anderson’s Record 336 Receiving Yards in a single game.

The Denver Broncos regained some momentum going into thier Bye week which happens to come at a good time with Peyton Manning being a little banged up over the past few weeks. The loss of Ryan Clady is evident when the rush comes from the left side but the team is working hard to protect their leader. The Broncos exceeded their average score of 42 points per game so far this season by 3 points in their Week 8 win over the Washington Redskins 45-21. The game marked Mike Shanahans first return to the Mile High City since he was the Coach and a short tribute was given prior to the game which was a very nice gesture to a Coach that went to 5 Super Bowls with the Denver Broncos and won 2 Super Bowls with John Elway and Terrell Davis as MVPs in consecutive years.

SCORES FROM AROUND THE LEAGUE

RUNNING BACK LEADERS – WEEK 8 PLAYERS ON THE MOVE

Again, the Denver Broncos were in the spotlight with what the media dubbed the War of 1812 capitalizing on the return of #18 Peyton Manning to the House That Manning Built, to face the gunslinger hired to replace the Legend, #12 Andrew Luck. There was a tribute prior to the kickoff for Peyton Manning and he seemed really moved by the fan appreciation which was apparent with all of the #18 Jerseys in the stands. Remember, the Indianapolis Colts let Peyton Manning go after 14 years at the helm. In an interview before the game, Manning stated he never wanted to leave Indianapolis and wanted to retire a Colt. With that, Peyton Manning had a lot to show Colt’s management and Andrew Luck had a lot to show his home crowd trying to finally assert himself as the rightful owner of the Colts starting quarterback position. Peyton Manning put up good numbers again completing 59% of his passes for 386 yards and 3 Touchdowns with only 1 interception. Andrew Luck was effective as well completing 55% of his passes for 228 yards and 3 Touchdowns. He also ran for nearly 30 yards and a Touchdown. The Broncos also got Von Miller back after his 6 game suspension and he needs a couple of weeks to get back in the swing. Unfortunately, veteran Cornerback Champ Bailey, re-aggravated his foot injury that kept him sidelined for the first 6 weeks. The Colts lost their main receiver, Reggie Wayne to an injury after he caught his 1,000 career reception the week before. The Broncos trailed for the entire game and the Colts won the match-up 39-33 ending the undefeated streak for the Broncos and leaving just the Kansas City Chiefs as the only undefeated team in the league.

The 6-0 Kansas City Chiefs narrowly defeated the Houston Oilers 17-16 to enter Week 8 as the only undefeated team in the NFL after the Denver Broncos lost to the Indianapolis Colts on Sunday.

The New York Jets beat the New England Patriots 30-27 in Overtime when Nick Folk kicked a field goal to win the game. Rob Gronkowski made his return to action and made an immediate impact catching 8 passes for 114 yards averaging 14.3 yards per reception. Tom Brady looked relieved having a veteran of Gronkowski’s caliber on the field.

The New York Giants easily took care of the disorganized Minnesota Vikings winning 23-7 in what was one of the worst games of the season pitting two of the worst teams together on the big stage.

RUNNING BACK LEADERS – WEEK 7 PLAYERS ON THE MOVE

What does it say when the Denver Broncos don’t play their best game and still put 35 points on the board? On the CBS Sports site Peyton Manning is listed as a cold player after throwing for nearly 300 yards and 2 touchdowns. Obviously he has set the bar high this year for Quarterbacks and even with what historically is a good performance game; he gets listed as a cold player for not living up to his performance standards set in Weeks 1-5. The Jacksonville Jaguars came into Week 6 with the largest ever point spread in the NFL as 26 point underdogs to the Denver Broncos. With the hype, there were rumblings that Peyton Manning would only play one quarter but the Jaguars meant business and the game was nearly tied at the half. The Broncos ended up winning the game 35-19 but showed some weaknesses not seen before this game having trouble with the Cover 2 defense from the Jaguars. However, the Jaguars did cover the biggest spread ever against the Broncos and showed they came to play. With the win, the Denver Broncos remain undefeated for the season at 6-0.

The most dramatic moment from Week 6 came when rookie Wide Receiver Kenbrell Thompkins pulled down a game winning pass from Tom Brady that was just past the fingertips of Jabari Greer with just 5 seconds left in the game pushing the New England Patriots past the New Orleans Saints and handing the Saints their first loss of the season. The Saints loss to the Patriots leaves the Denver Broncos and the Kansas City Chiefs as the only remaining undefeated teams in the NFL this season.

As we complete Week 6 of the 2013 NFL season, there are a number of Quarterbacks, Wide Receivers, Running Backs and Tight Ends playing today who are moving through the ranks improving their career standings on a weekly basis.

RUNNING BACK LEADERS – WEEK 6 PLAYERS ON THE MOVE 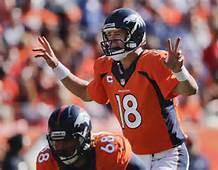 The 2013 NFL season continues to be held to the standards Peyton Manning is dictating with his superb performance this year. In what ended up being a shootout, Peyton Manning and the Denver Broncos faced Tony Romo and the Dallas Cowboys in a battle that produced the 3rd highest scoring game in history. Tony Romo had the game of his career throwing more than 500 yards and 5 Touchdown passes only to throw an interception in the 4th quarter that sealed the Cowboys fate in their 51 to 48 loss. Possibly the best game of the season so far and the Broncos go into Week 6 at 5-0. The Kansas City Chiefs won again and are 5-0 for the first time in 10 years ushering in the Andy Reid era.

From a career standpoint, the NFL’s all-time greatest achievements are immortalized in the statistics and records of the teams and players throughout their careers. As we move through the 2013 season, there are a number of Quarterbacks, Wide Receivers, Running Backs and Tight Ends playing today who are moving through the ranks improving their career standings on a weekly basis. As a true football fan I watch the games each week without judgment and revel in the entertainment factor and true competition of the game. The ultimate chess match as coaches and players battle each another in the ultimate real game of chess. At the end of the season there is only one team left holding the coveted Lombardi Trophy. Join me on a weekly basis as we review the action in the NFL and update the players and their rankings on the list of all-time great players. It is an exciting time to be a football fan. 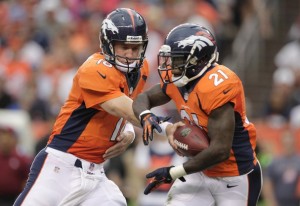 This year is marked by the standards Peyton Manning has set for the season on his continued quest to become the number one guy in all major NFL Quarterback records. As week 4 closes, Peyton Manning is the leader in passing yards with 1,470 yards just slightly ahead of Drew Brees and leads the league in passing touchdowns with 16 touchdowns in just the first four games with zero interceptions. On top of that he has led the Denver Broncos to a 4-0 start to the season.

The nostalgia I feel every time I look at these list and see so many great players in NFL history and the ones we get to watch today as they continue to perform. Only time will tell where they finish their careers and how they rank on these lists. Some will make it to the Hall of Fame and others will just have their names on the record books and in the hearts of true fans.